After they arrived at Moncton, they met with the directors and some volunteer teachers of the Confucius Institute in New Brunswick (CINB) to learn more about the development of CINB and the work and life of the volunteers. After hearing the moving stories of the volunteers and their host families, Ms. Jing hoped that they would cherish and maintain the friendship even when they go back to China.
At 10 o'clock on the morning of the 26th, the delegation came to Riverview High School. First, accompanied by Ms. Teng Jing they enjoyed the huge painting of the Chinese dragon by three students of RHS and watched the half-year work photo exhibition of CINB. 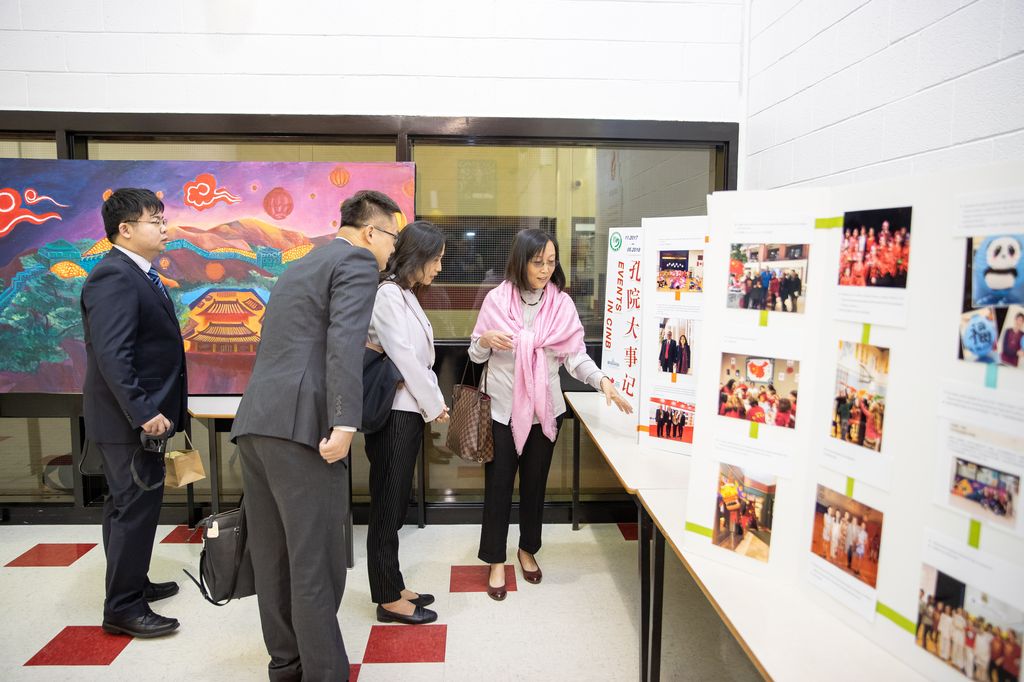 The student representatives from some schools in Moncton did some wonderful Chinese performances. 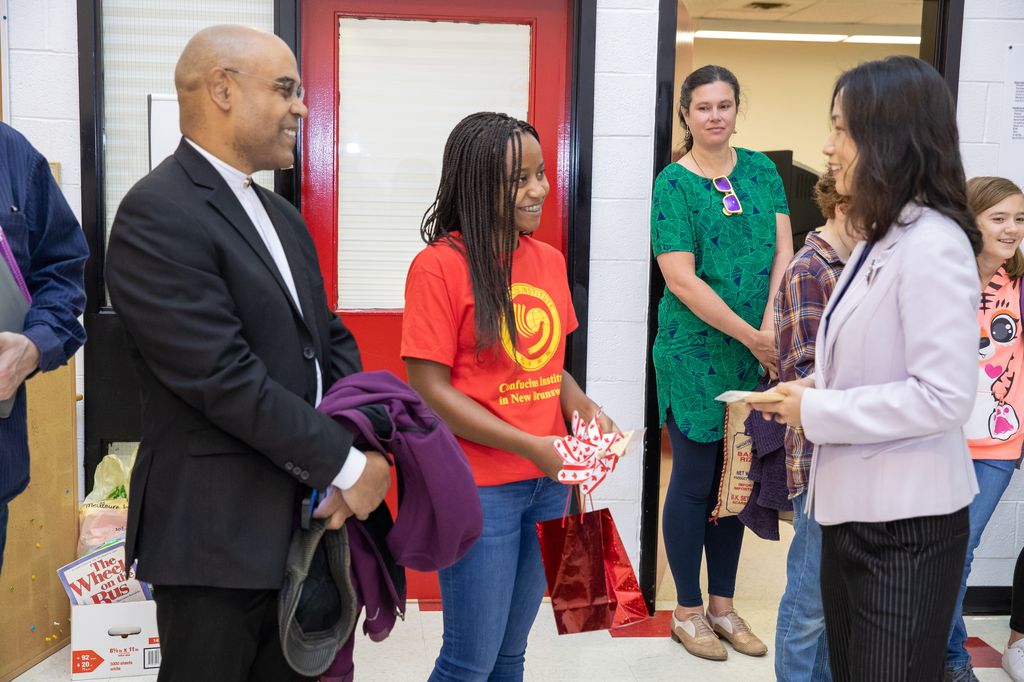 The former Canadian Prime Minister Jean Chrétien’s niece Michèle Suzor and her husband Roderick Morin also attended this event,and participated in the "award ceremony". Mr. Roderick won an excellent award of "Confucius Institute Cup" Writing Competition.Ms. Jing Wei expressed her admiration for their insistence on learning Chinese, and thanked them for their warm reception of Chinese volunteers over the years and support for the development of CINB. 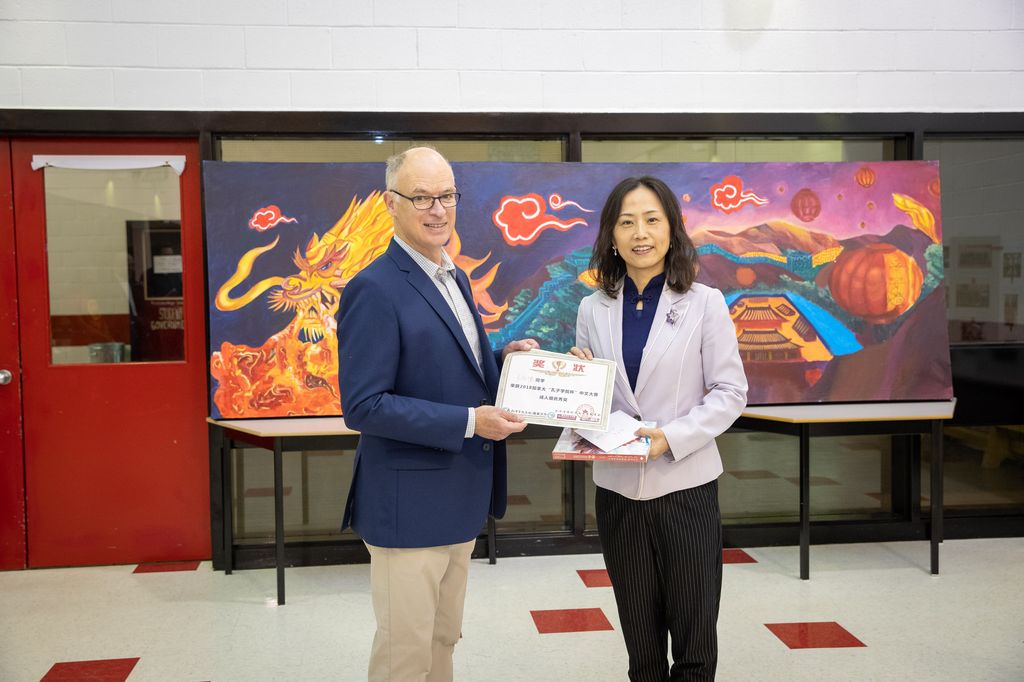 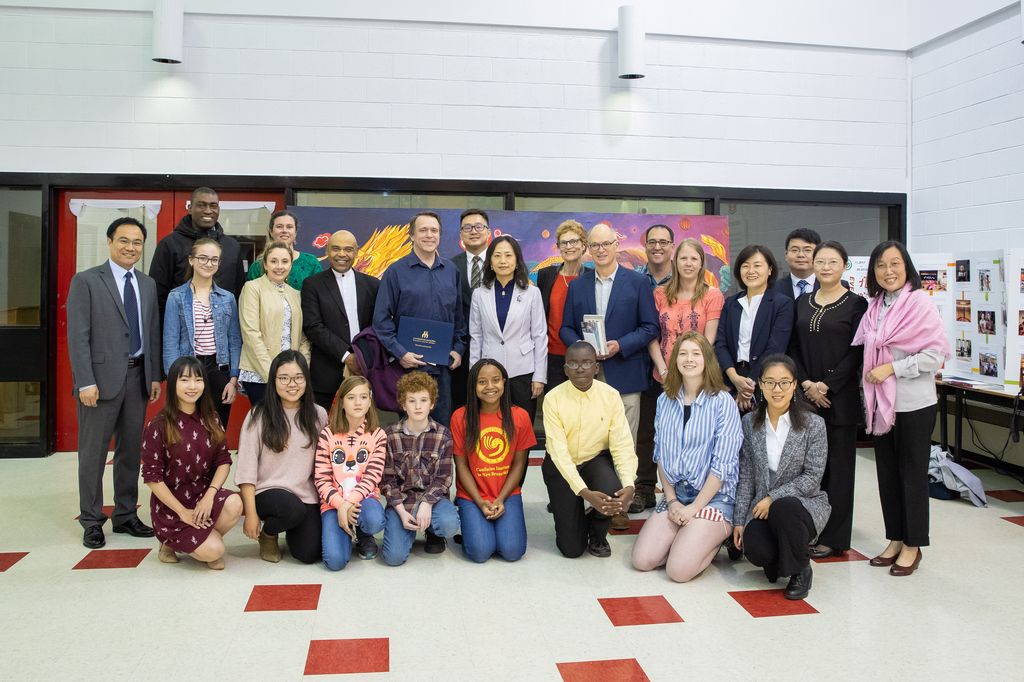 During this event, she presented awards to the winners of the Confucius Institute Cup Chinese Writing Competition in Canada and certificates of completion to the students of the Chinese class at the University of Moncton.
Finally,Ms.Jing Wei had a farewell to volunteer Chinese teacher and hoped they will continue to support the development of CI. 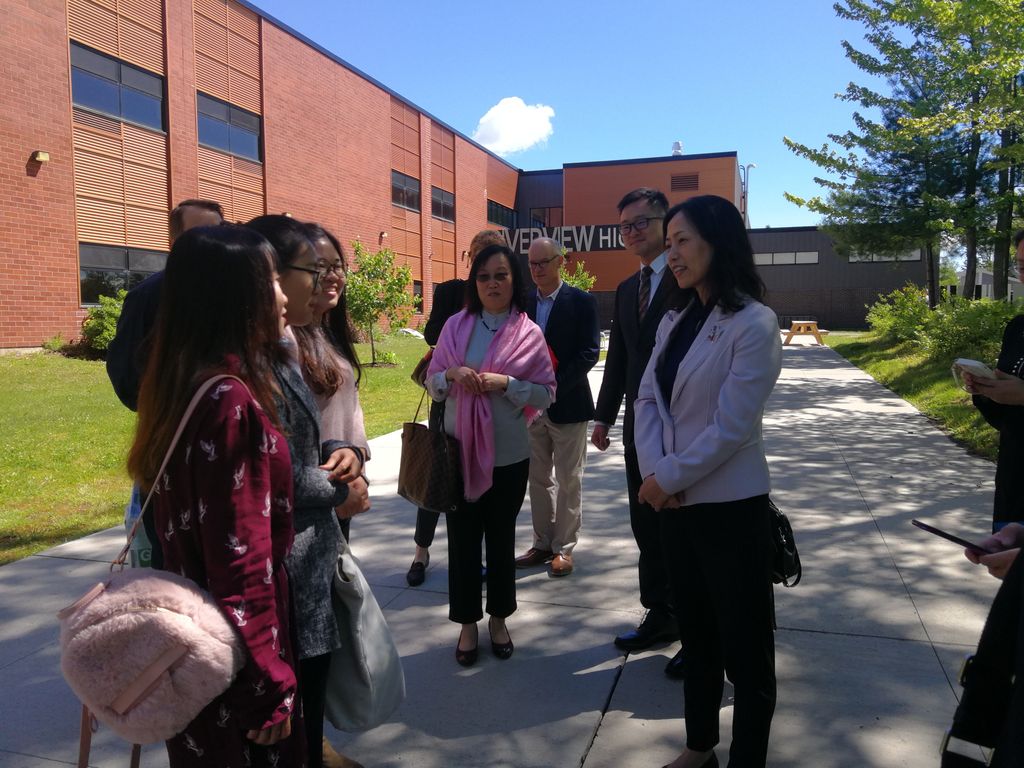 After leaving RHS,the delegation attended the meeting of more than 30 educational officials from different school districts in New Brunswick (NB). Jing Wei delivered a speech, singing high praise of the achievements of CINB and expressing great gratitude for the strong support from the government, AEI, the education officials and the people in New Brunswick. She said that CINB has contributed a lot to the internationalization of NB, and that at the same time the Chinese teachers have also been rewarded with good training and fast growth as well as valuable trust and friendship here. She also pointed out that the Confucius Institute helps the children in NB learn Chinese and meanwhile the Chinese children are also learning English or French, and that as a result they will know more about and understand better the world when they grow up. On behalf of the Ministry of Education of NB, Mr. Chris Treadwell, Deputy Minister Assistant of Education, thanked Hanban for sending excellent teachers who have made great contributions to the internationalization of education in NB. 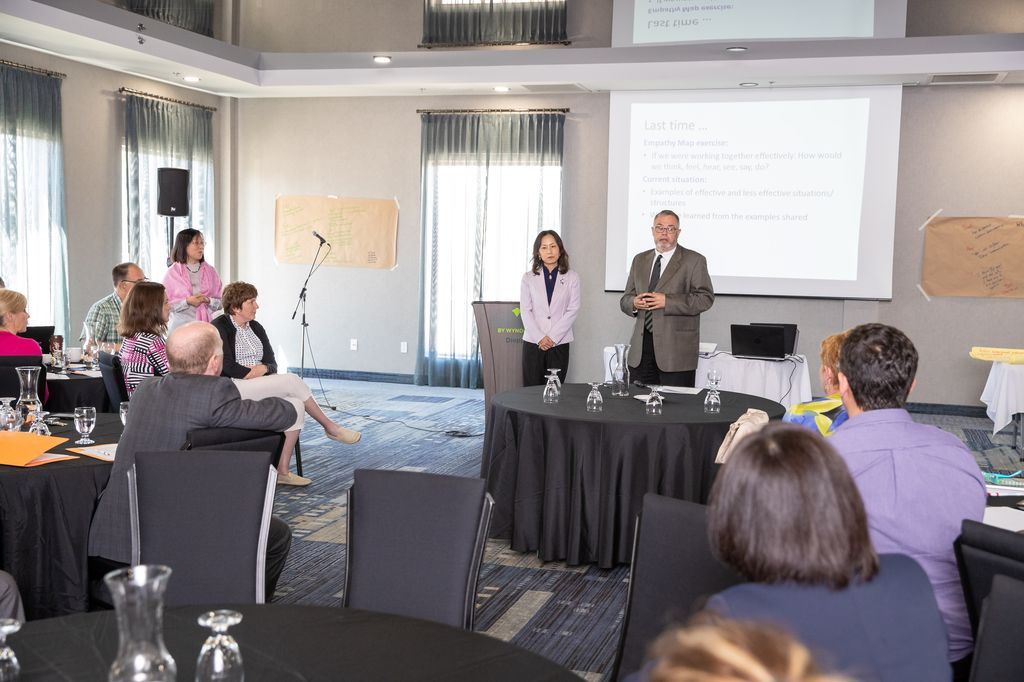 Meeting with educational officials of NB

After that, Ms. Jing Wei talked to Mr. Chris Treadwell and the superintendents of the four school districts, and further exchanged views on the development of Chinese projects. 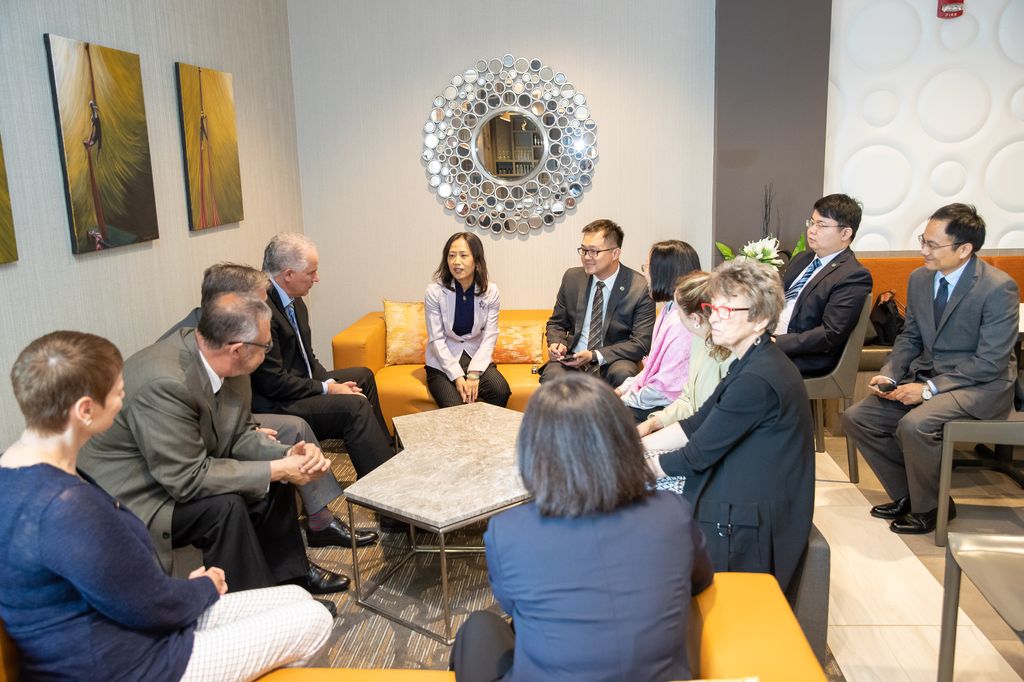 The successful visit of the Hanban delegation has strengthened the communication and understanding between NB and Hanban, and has opened up broader prospects for the future development of CINB. It also provided impetus for the upcoming five-year plan of CINB.