On November 24th, the Confucius Institute of New Brunswick participated in the annual “Santa Claus Parade” in Moncton. More than 100,000 people watched this event. 7 CINB teachers, some students in Chinese classes and Riverview High School cooperated jointly formed a team. Chinese lions, with their golden coats, graceful and awesome appearance, led the way ahead of the team, echoing the mascot lion of Riverview High School on the float. Seven pandas and twelve zodiac animals followed. The zodiac pig and dog symbolized the change between the New Year the past year.
During the whole course of the parade, the CINB team fully interacted with the audience. Along the three kilometers’ journey they received warm response. Many audience cheered “Lion!” “Panda!” “China!” The children jumped or clapped hands with pandas and zodiacs, danced with lions, or carefully put their hands into the lion’s mouth, and then exclaimed “ah” pretending to be bitten. Eason, a student from Riverview High School and the brother of a student in the Chinese class of CINB, took part in the parade for the first time. He said excitedly, “It’s so interesting! It’s beyond my imagination. Next year I’ll definitely join in! I want to learn Chinese, too!”
The success of this parade lay in both the cultural and educational materials donated by Qufu Normal University and the careful planning and full cooperation of teachers and students of CINB. Teng Jing, dressed up in the Zodiac rabbit and acted as a “Field Reporter” in charge of the overall camera shooting of the whole process; Dai Zunfeng and Chen Zhisheng shouldered the responsibility of holding the two lions’ heavy heads. They sweated all over even in the cold winter night. Liu Xiaowei and Li Shanshan cooperated with them to do the lion dance by playing the role of the lions’ tails. Although they were novices they displayed the power of the Chinese lions. Xu Mengke and Sun Xiaohao dressed up as pandas. They held the banners of CINB and organized students to interact with the audience. The students tried their best to run around and encouraged the enthusiasm of the audience. The weather was cold, but everyone found pleasure in it. 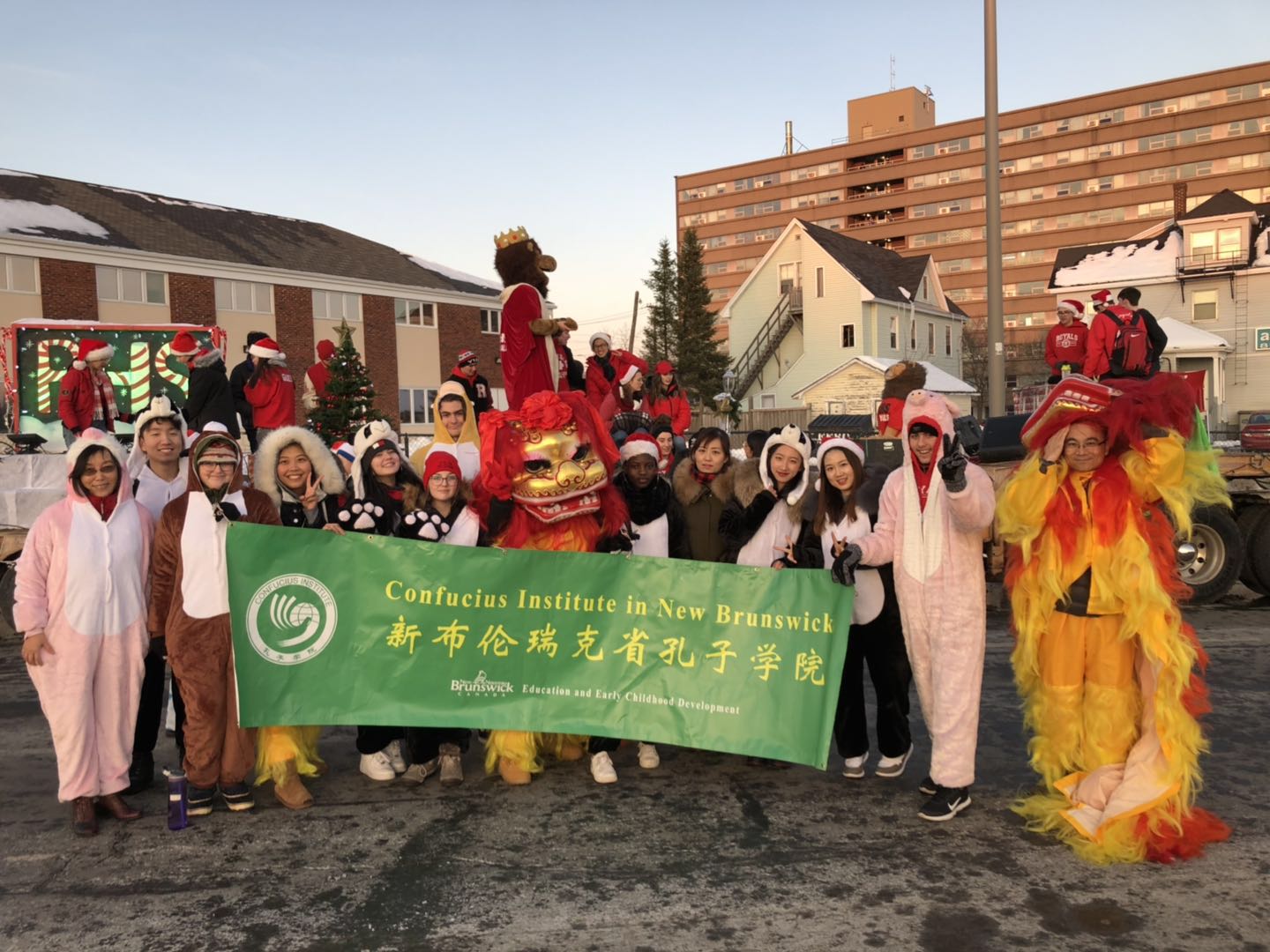 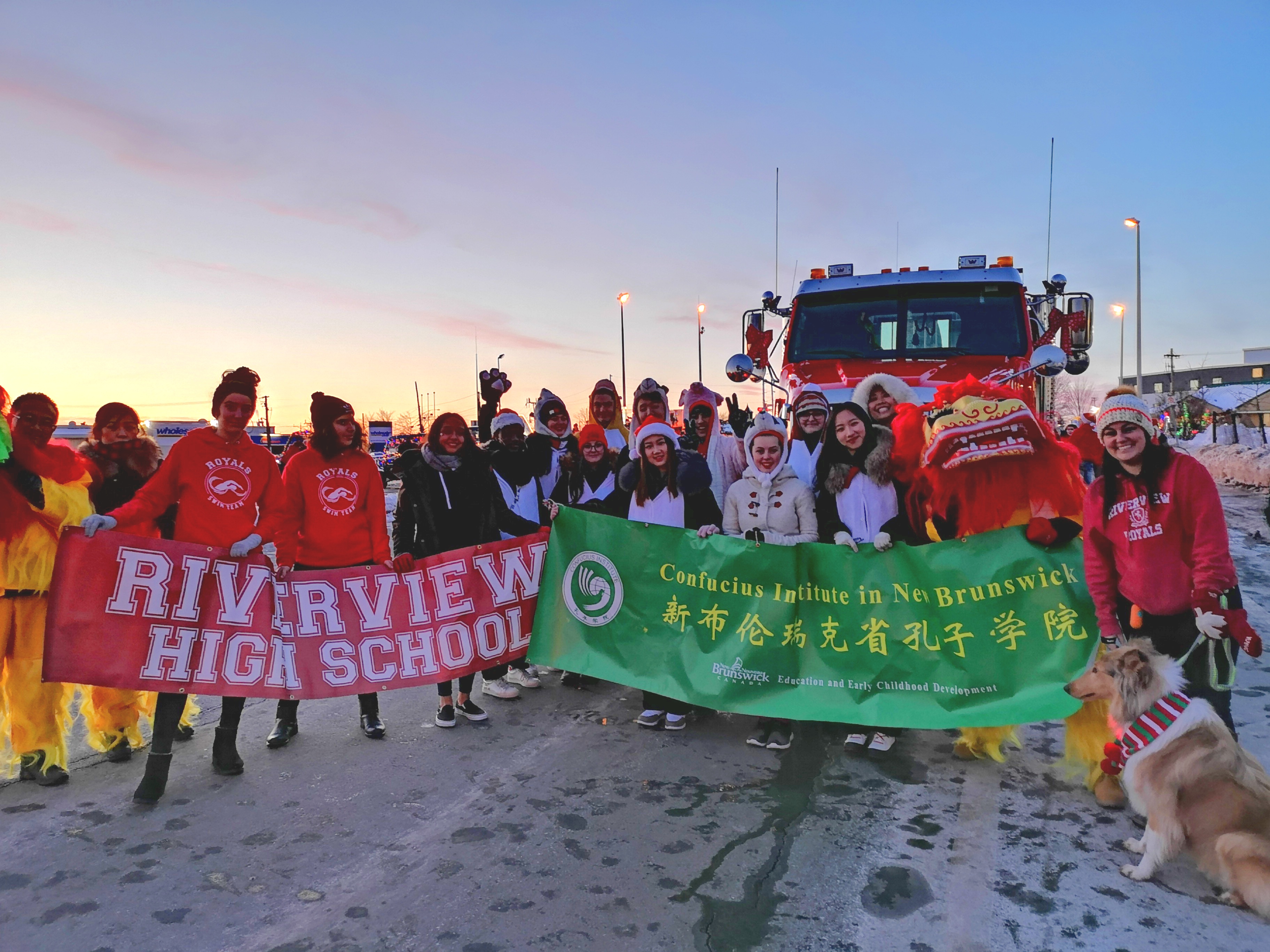 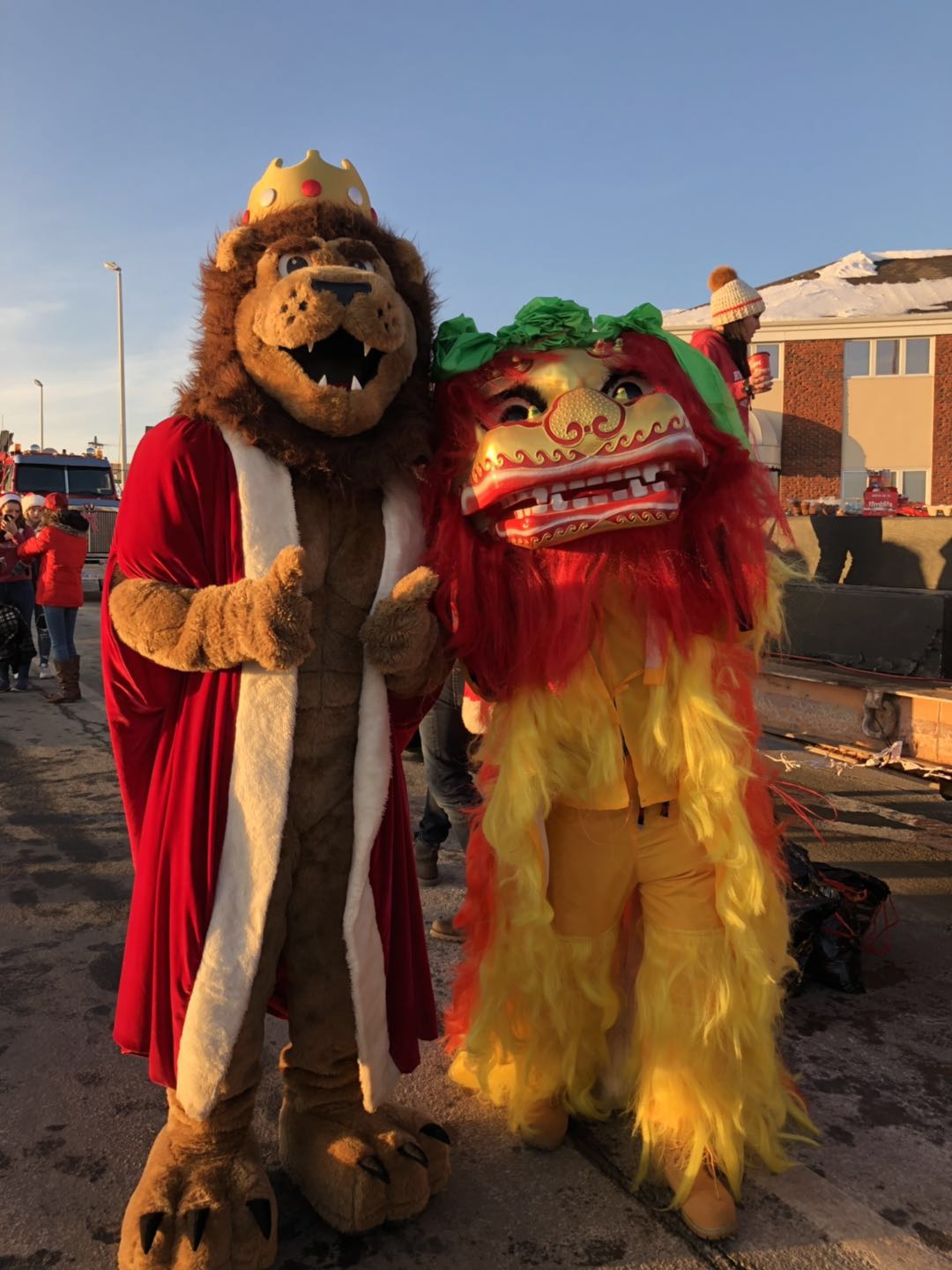 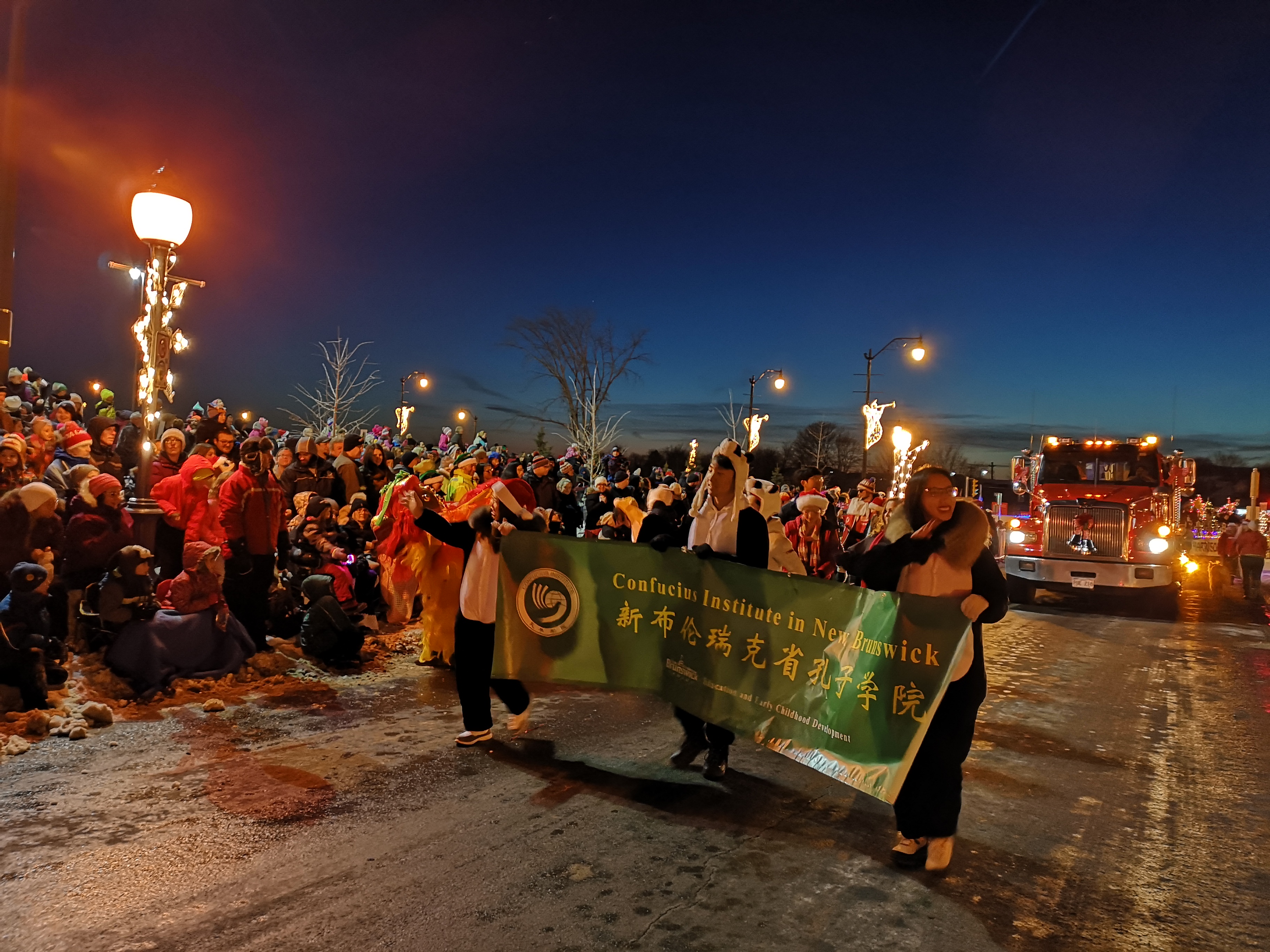 It is an annual essential program of CINB to participate in the Christmas parade. It is a good opportunity to show the local people the spirit of the Confucius Institute and Chinese culture. Meanwhile, it is also an opportunity to merge into the multi-culture.