CINB sings in the Chinese New Year Gala in St. John；student from Chinese class hosts the splendid show in both Chinese and English

On the afternoon of January 27th, 2019, the Chinese New Year Gala in St. John begins with the bursts of drum-beating. Mr. Chen Xueming, Consul General of China in Montreal, Canada, is invited to attend the party and delivers a speech. Leaders at all levels of local province and municipalities, friendly Chinese and overseas Chinese from different regions also attended the gala. They wish all the audience good health, happiness and prosperity in the Year of Pig. All earnings from the performance will be donated to Saint John Regional Hospital to support the development of the local medical system. 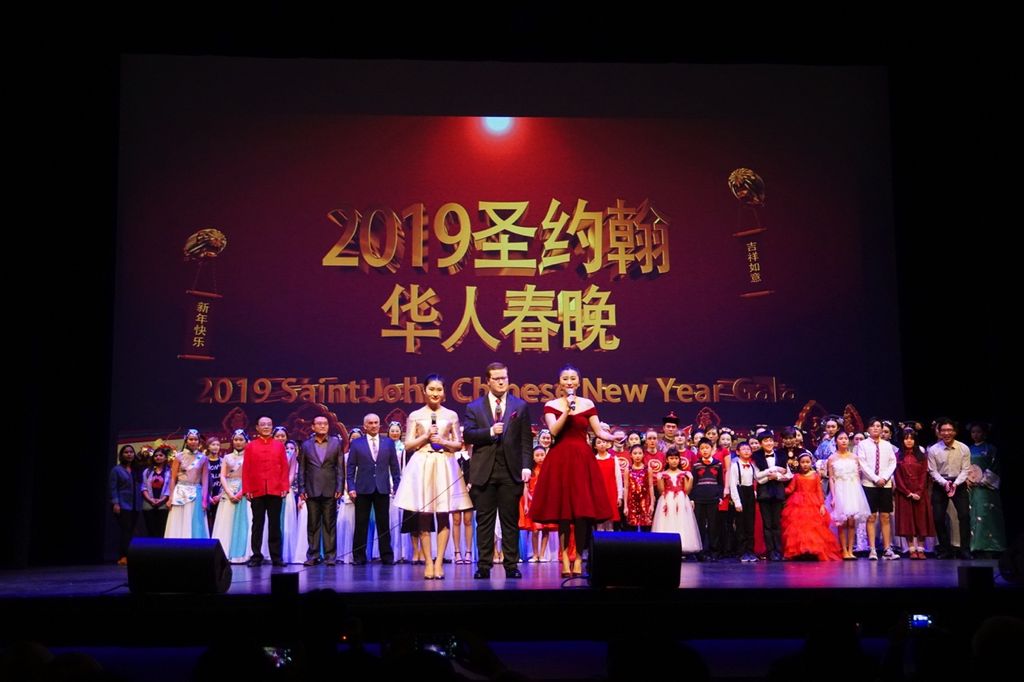 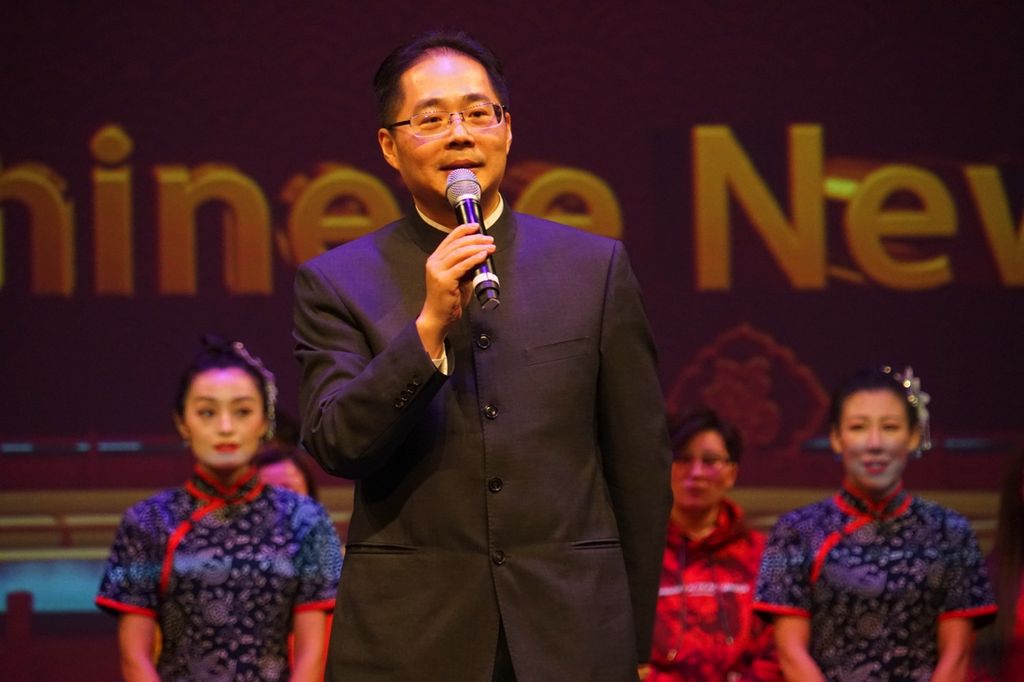 Senior high school students of CI in St. John School District are invited by the organizers of the New Year Gala to sing "Dedication of Love" in Chinese with local Chinese children and college students. They wish all the audience a happy New Year, which fully demonstrates the theme of "mutual affection, integration and prosperity" in the pluralistic community, between China and Canada. 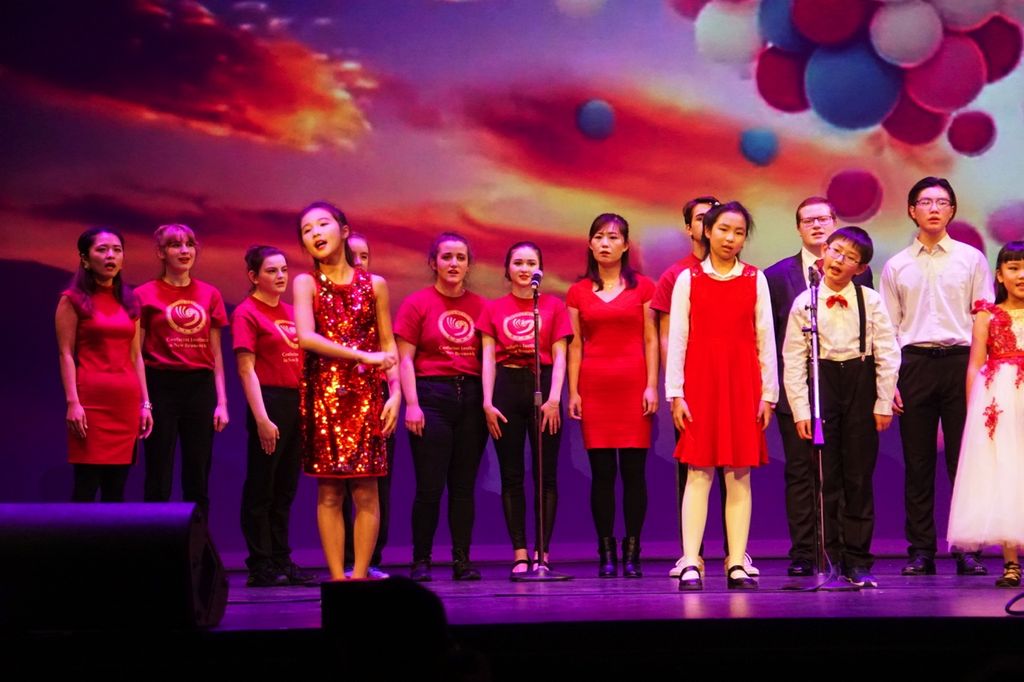 MacLean Preston, a student from Chinese class of CI in Harbour View High School, was selected by the Chinese Association as the host of the New Year Gala because of his excellent Chinese proficiency and deep love for Chinese culture. As the curtain slowly rises, MacLean Preston stands in the middle of the stage, announces the programs in Chinese, which wins great admiration from the audience. The inherent concept of "Chinese is difficult to learn and is difficult to be understood" has been broken. Preston's brilliant performance sets an good example for countless Canadian friends who want to know more about China!
MacLean Preston is not only the first Canadian to host the New Year Gala in St. John in Chinese and English on the stage in recent years, but also the only male presenter to undertake most of the announcement work. While getting proficient in the Chinese introduction of the programs, he also compiles authentic English lines according to the Chinese meaning. 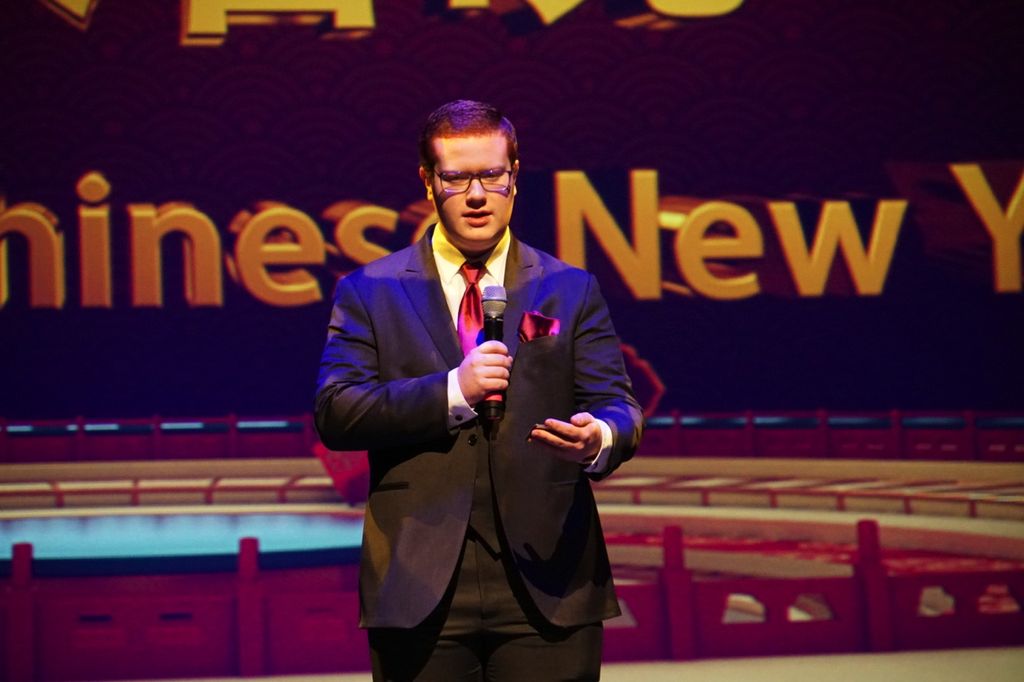 The audience are surprised that a Canadian boy is able to speak and sing in Chinese so well. Preston's grandfather was white-haired, he said excitedly after the performance, “I’m so proud of you”, which makes us all forget our nationalities, our territories, our skin colors, and indulged in the success of the party and the joy of the New Year. 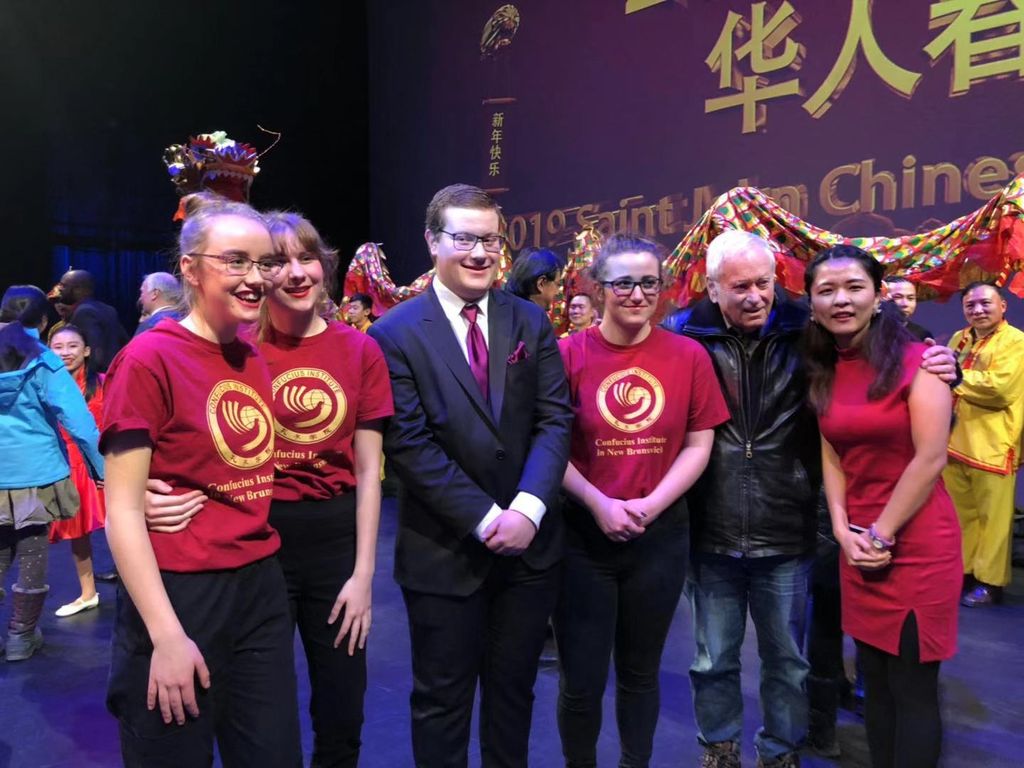 After the event, Teng Qing, the chief teaching supervisor of CI, Dai Zunfeng, the Chinese director, and Don Darling, mayor of St. John, went on the stage to take photos with the performers. 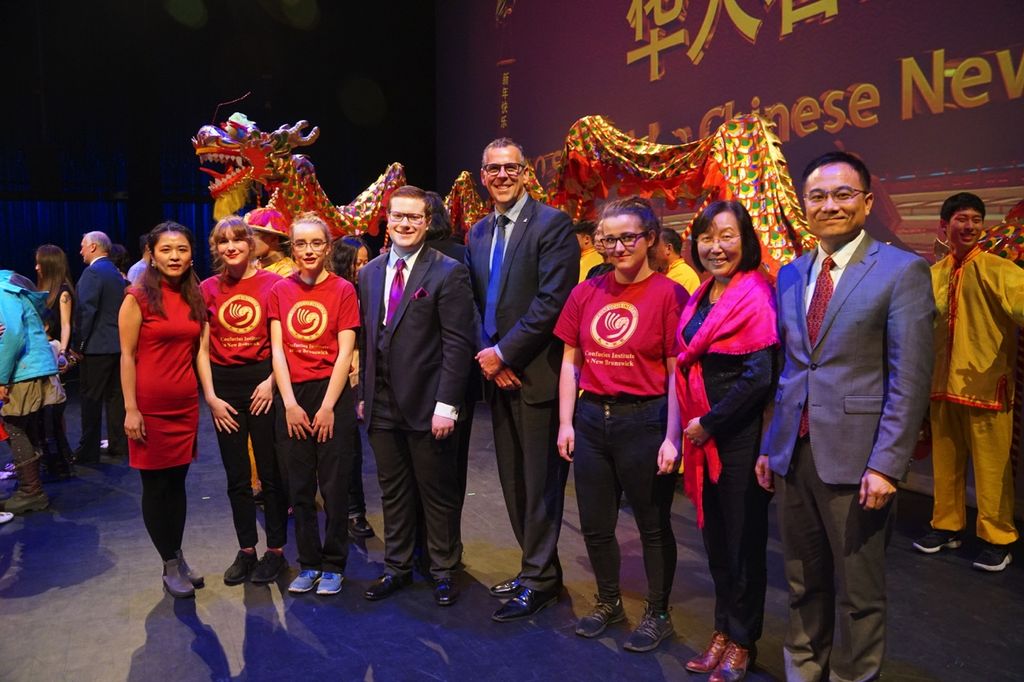