On February 11th, Chinese teacher Liu Xiaowei and volunteer teacher Xu Mengke held a Chinese New Year celebration event at Riverview East School. Hundreds of "Fu"(good luck) hang in the cafeteria, Golden Pig welcomed everyone. Calligraphy Zone, Dumpling Zone and Game Zone were arranged in sequence. Nearly 800 people from 34 classes in eight grades of the school participated in the activities in batches in one day, and experienced a Chinese New Year in a lively and busy way. Chinese teacher Li Shanshan and volunteer teacher Sun Xiaojiao came to assist and organize the activities. 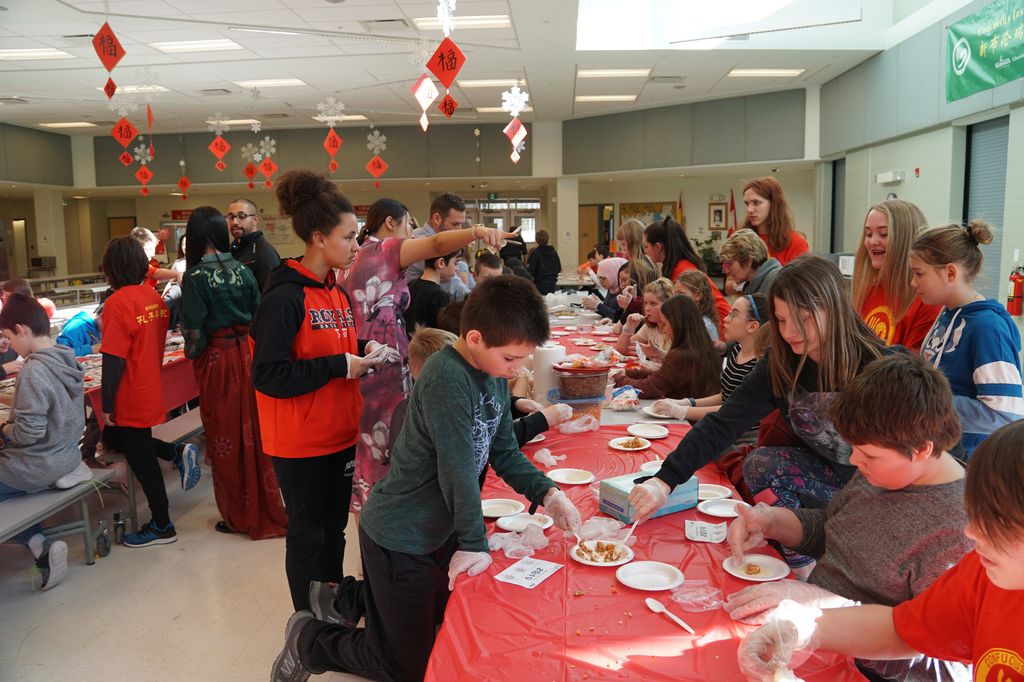 This celebration set different projects for different grades. Student of higher grades wrote Character “Fu” in the calligraphy experience zone; students of lower grades painted pandas; in the game area, the higher grades guessed riddles, and the lower grades did chopsticks games. However, the dumplings area did not have this kind of special care, no matter whether they were the children in the kindergarten or the big sisters in the eighth grade, they all made dumplings with their own hands and tasted their works in front of the steaming pot. 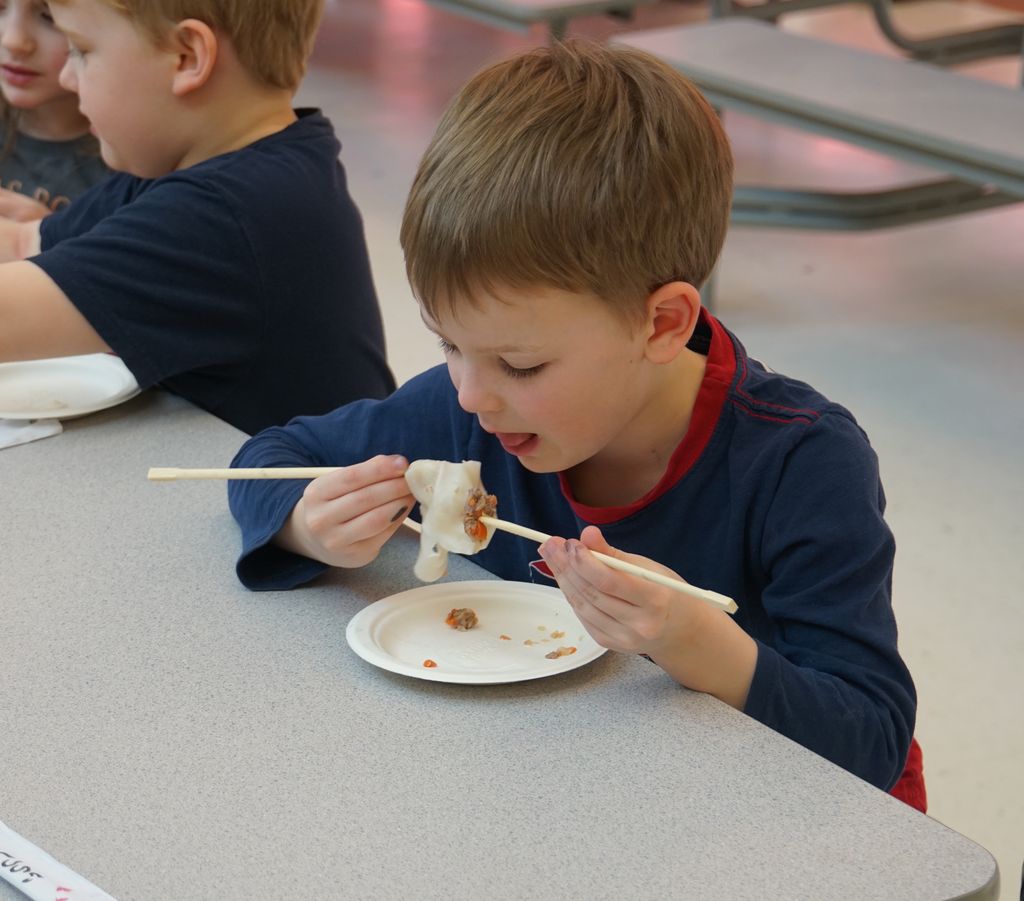 In the calligraphy area, after listening to the basic knowledge of pen and ink, the students followed the teacher to draw one panda after another which were charmingly cute. The character “Fu” written by the senior grades are good as well. When they finished writing the character, they compared with the ones hung over their heads. The game of chopsticks with sugar couldn't frustrate students who used chopsticks for the first time. After 30 seconds, they happily took away the candy they had clamped. The riddle game really made the "big" guys scratch their heads and think hard. The ones who correctly answered the riddles were happy with the red bags of pig they won. Each time a student completed a project, he would put a seal on his ticket. After finishing the three activities, they’d vote for their favorite activities. 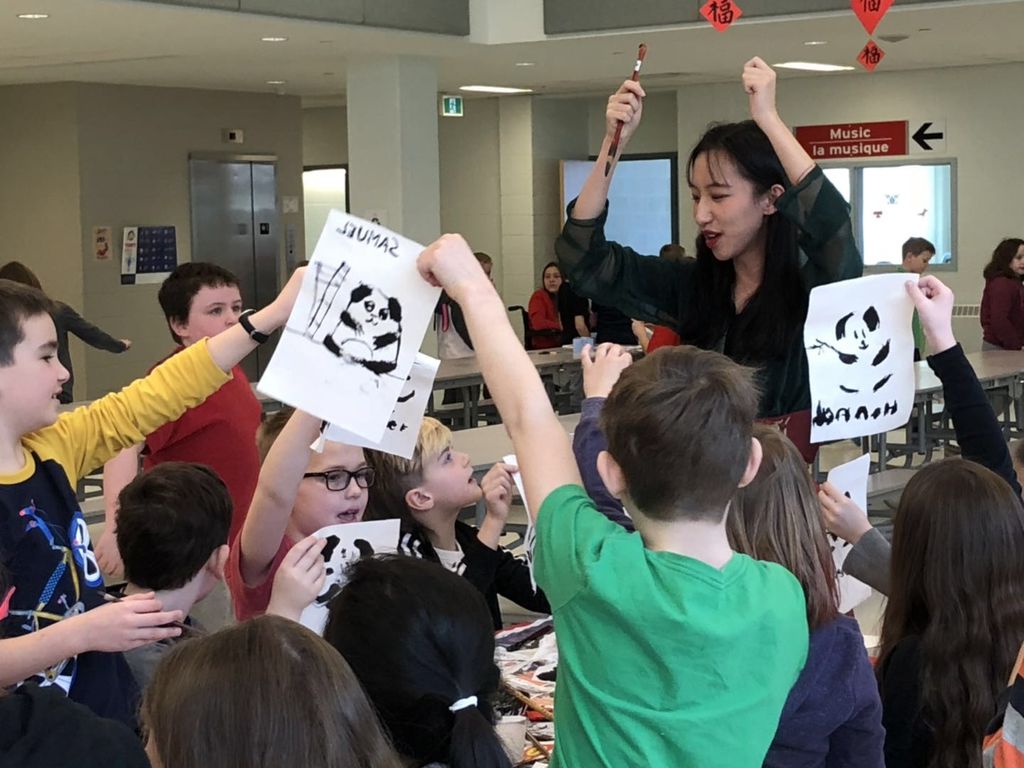 The event received strong support from the school. The principal, teachers and parents fully affirmed the significance of this activity which broadened students' horizons and offered a chance for students to experience rich and colorful culture. Students of eighth grade served as small assistants in front of each booth. Parents were invited to volunteer actively on the spot. After the event, they also praised the wonderful Chinese experience and hoped that there would be more opportunities to experience Chinese culture in the future. 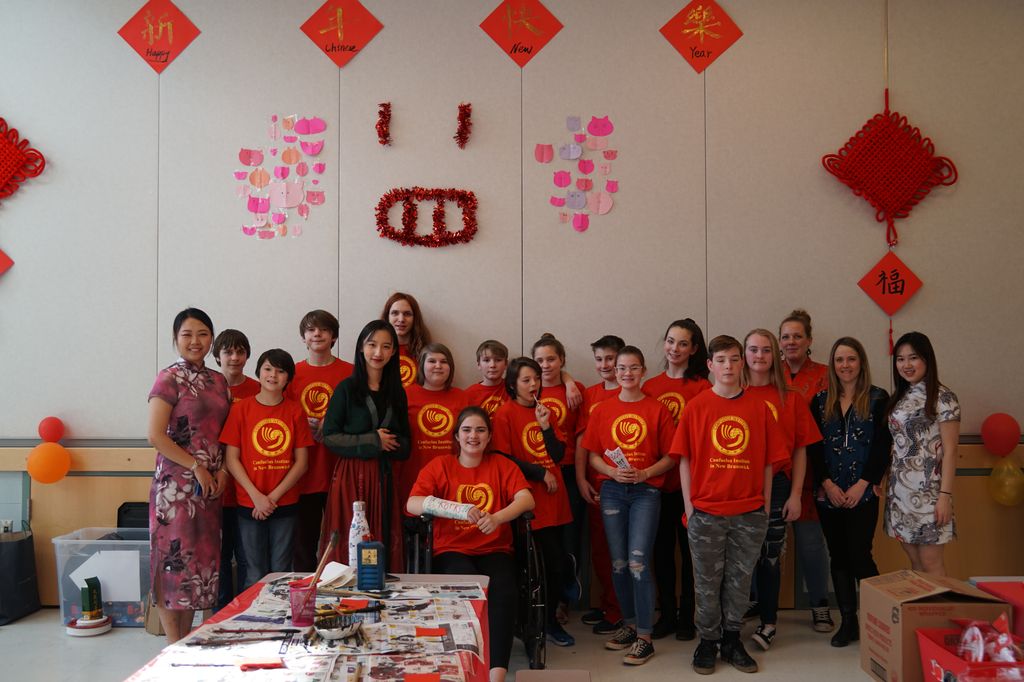