Saturday,22 November,2014 the annual Christmas Parade of Moncton rolled in the sight of people at 5pm. And one of the highlights of the Parade with audiences of over 100,000 people was “Giant Pandas”of CINB(Confucious Institue of New Branswick).

The Majesta Greater Moncton Santa Claus Parade is the large-scale activities organized by non-governmental organizations and members of the organizing committee are all volunteers, its cost are all from local enterprises, individuals and government contribution. The first Santa Claus Parade was held in 1967, since then it had been held each year on the last Saturday in November night. After 47 years of development, the Majesta Greater Moncton Santa Claus Parade, which  attracts more than 100 floats every year, has now become the largest festival parade region. 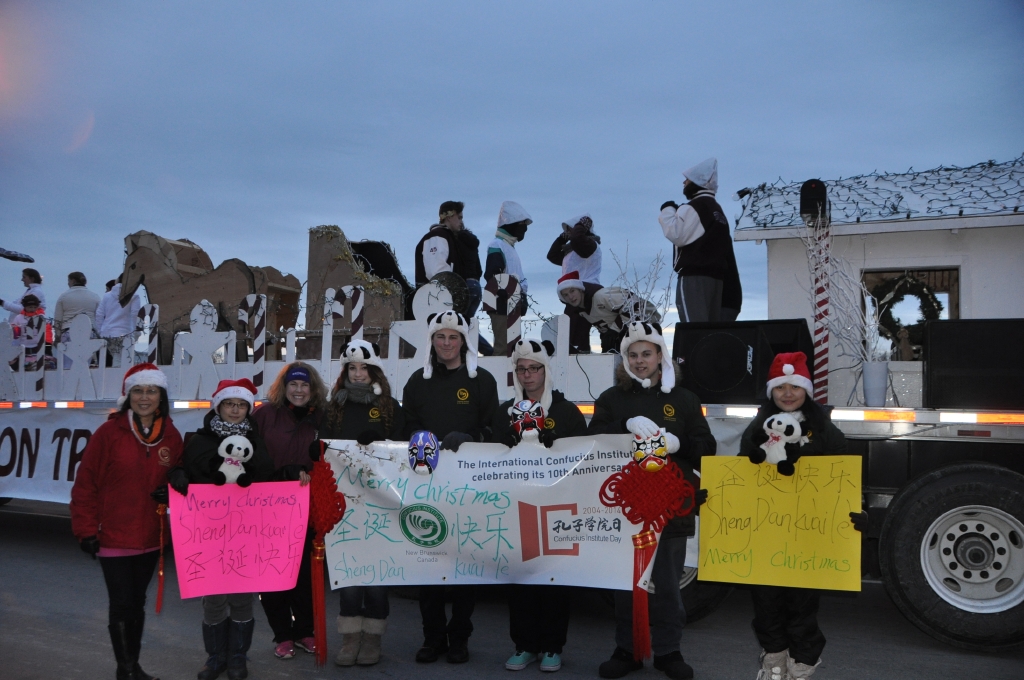 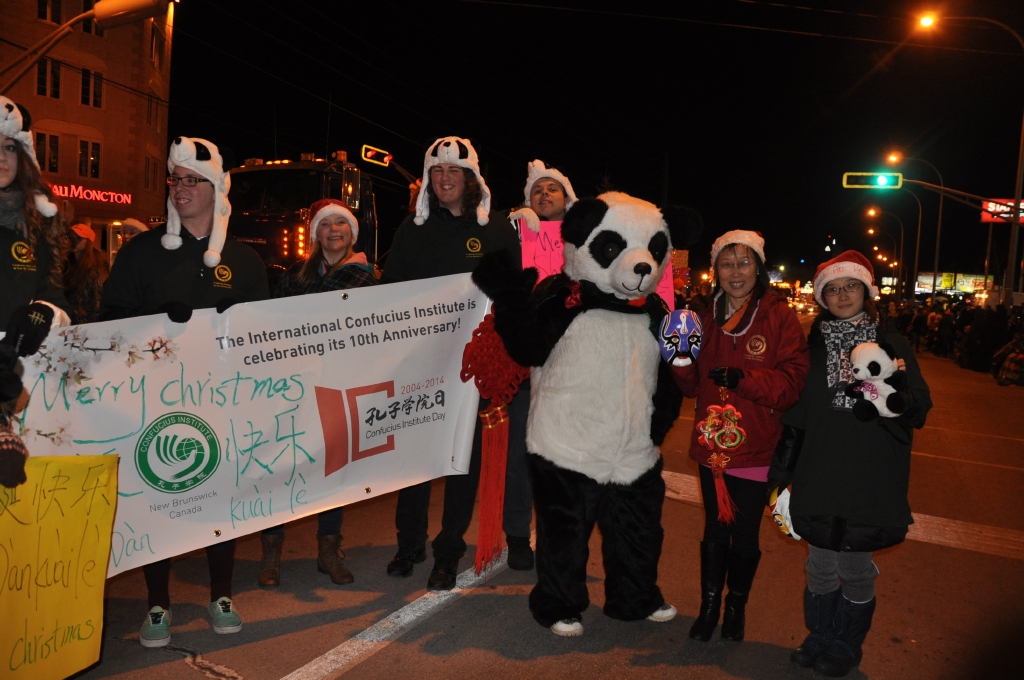 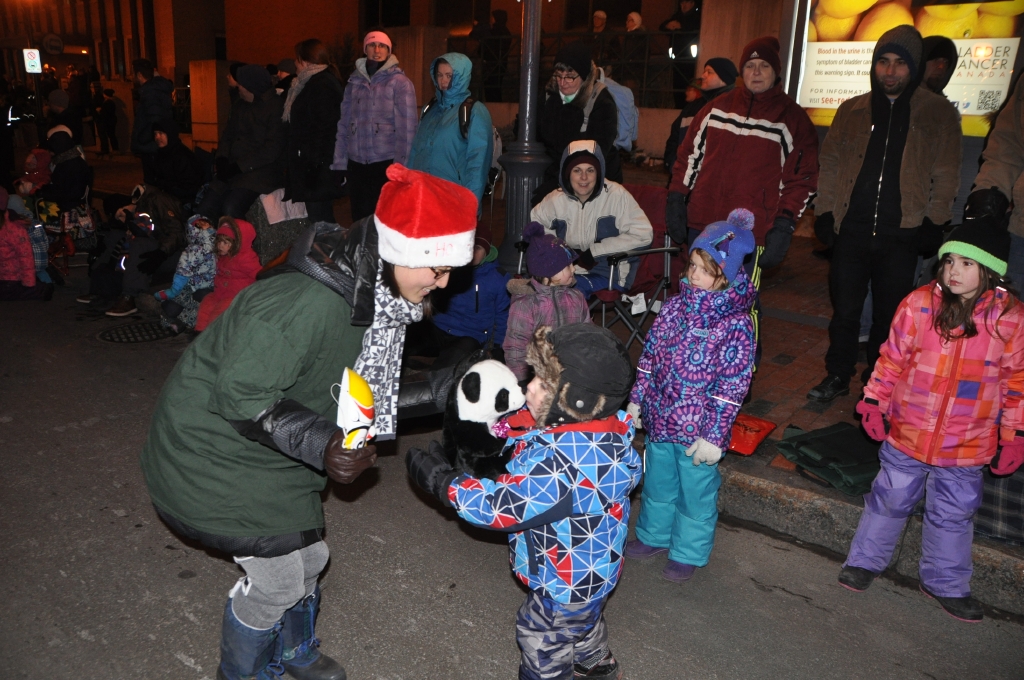 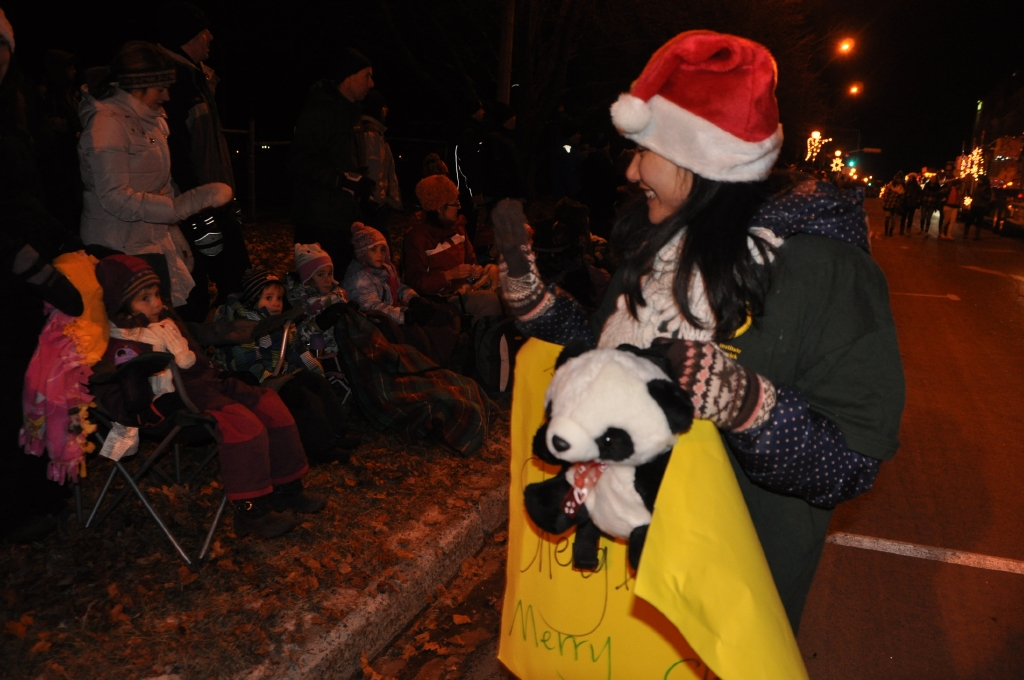 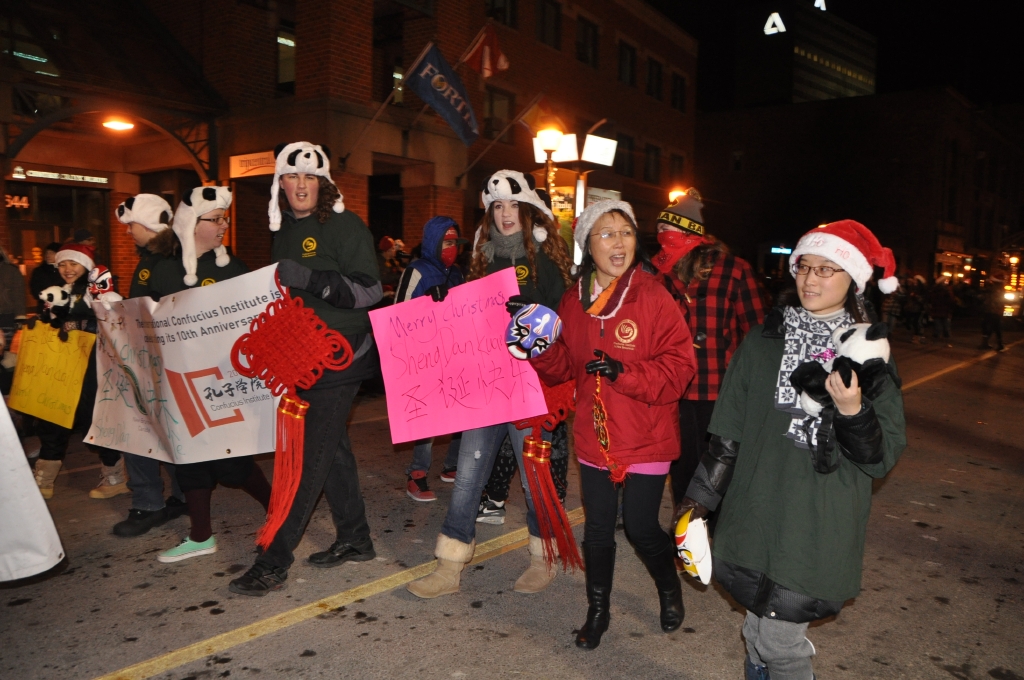 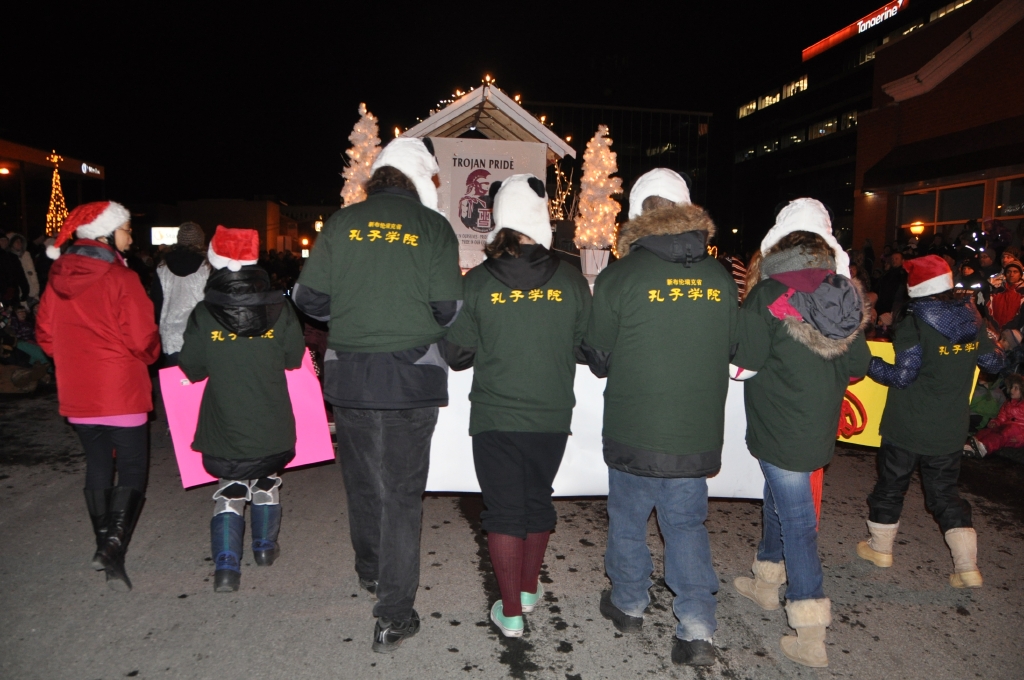 It was the forth year that the CINBtakes part in the activities of Christmas Parade and the theme of CINB Parade this year is Giant Panda. We can not fail to see that their “Giant Pandas”were a combination of Chinese and Western elements. “Giant Pandas” of Chinese ancestry were played by Jing Teng , the principal of the CINB and two CINB Class Volunteers Mou Chunxiao and Cheng Yingchao while the “Giant Pandas” of Canadian ancestry refered to student volunteers from Harrison Trimble High School. The four student volunteers are all chinese -studying lovers and they are all students of Jing Teng. What left us a deep impression was that they were so obessed by saying Happy Christmas in Chinese to people of their hometown and were holding the sign of celebrating the 10th anniversary of CINB duing the whole process of the Parade which lasted for 3 hours. Particularly, Beijing Opera Masks and Chinese Knots were also the Chinses elements they shared with people apart from their cute Panda caps.

Audiences on both sides of the road said hello to the parade of CINB,and kids rushed to the fore to shake hands with “Giant Pandas”and huged volunteers and some kids tried to say hello in Chinese to them.

The tempreture of the Moncton at night is minus 10°C,but the communication between the parade and the audiences are so hot.

“Although it is very cold and we started at 4 pm and we didn’t finish the parade until 7pm, we are still never tired and feel happy. No matter people come to see the parade by themselves or they see it through TV , it is a fact that kids here see the “Giant Pandas” from China and touched them by their little hands , which means that the greetings from China touched their pure minds.And it is our hope that the local people can know more about China and Chinese people can konw more  about our cordial friends here.”said by Jing Teng, who organized the CINB Christmas Parade.