An old saying of Chinese shadow play goes like this: on the three feet stage, narratives go on through ages; with a light and both hands, millions of soldiers were commanded. Manipulated by some Canadian students, the ancient oriental art---Shaanxi shadow play is a new vogue at Bliss Carman Middle School (BCMS).

Since last September, after saying goodbye to Harkins Middle School in Miramichi, I’ve been working at Bliss Carman middle school, a key school in Fredericton, the capital city of New Brunswick. As the first Chinese language teacher at this school, I initiate the first Chinese enrichment project in order to attract more students and teachers to accept and understand Chinese culture. This project got strong supports from the city bureau of education and all the teachers and students, being part of school’s regular curricula, with the best students picked up from different classes and different grades. It provides an absolutely new train of thought for the wide spread promotion of Chinese language and culture.

June 14, 2016, the Closing Ceremony of Chinese Enrichment Project was held at BCMS. First, students in groups took turns to present their research results of the Chinese culture and language. They were divided into seven topics: the evolution of Chinese characters; the history and development of Chinese Garments; Chinese dragon; Chinese cuisine; Chinese knot; Introduction of the Great Wall; Peking Opera. Through exquisite slides, all the students made a wonderful presentation, which gave all of us a chance to review what we have done in this unforgettable experience.

Then, comes the most important event---Shadow Puppet Show in individual classes. This shadow puppet show script was adapted from one of the classic stories of Journey to the West, Monkey King Subdues the White-bone Demon. All the eleven students were assigned their own tasks: two narrators, two responsible for the screen, one responsible for the lighting, and the others playing the roles of Tang monk, Sun Wukong, Zhu Bajie, Sha monk, the white-bone demon and her three fake forms (young girl, old lady, old man) respectively. The whole audience was deeply impressed by this fantastic combination of traditional Chinese folk art and English-dialect background voice. All the teachers and students were fascinated with this ancient art treasure, asking questions about it again and again, repeatedly acclaiming "fantastic!" "unbelievable!" “incredible!” 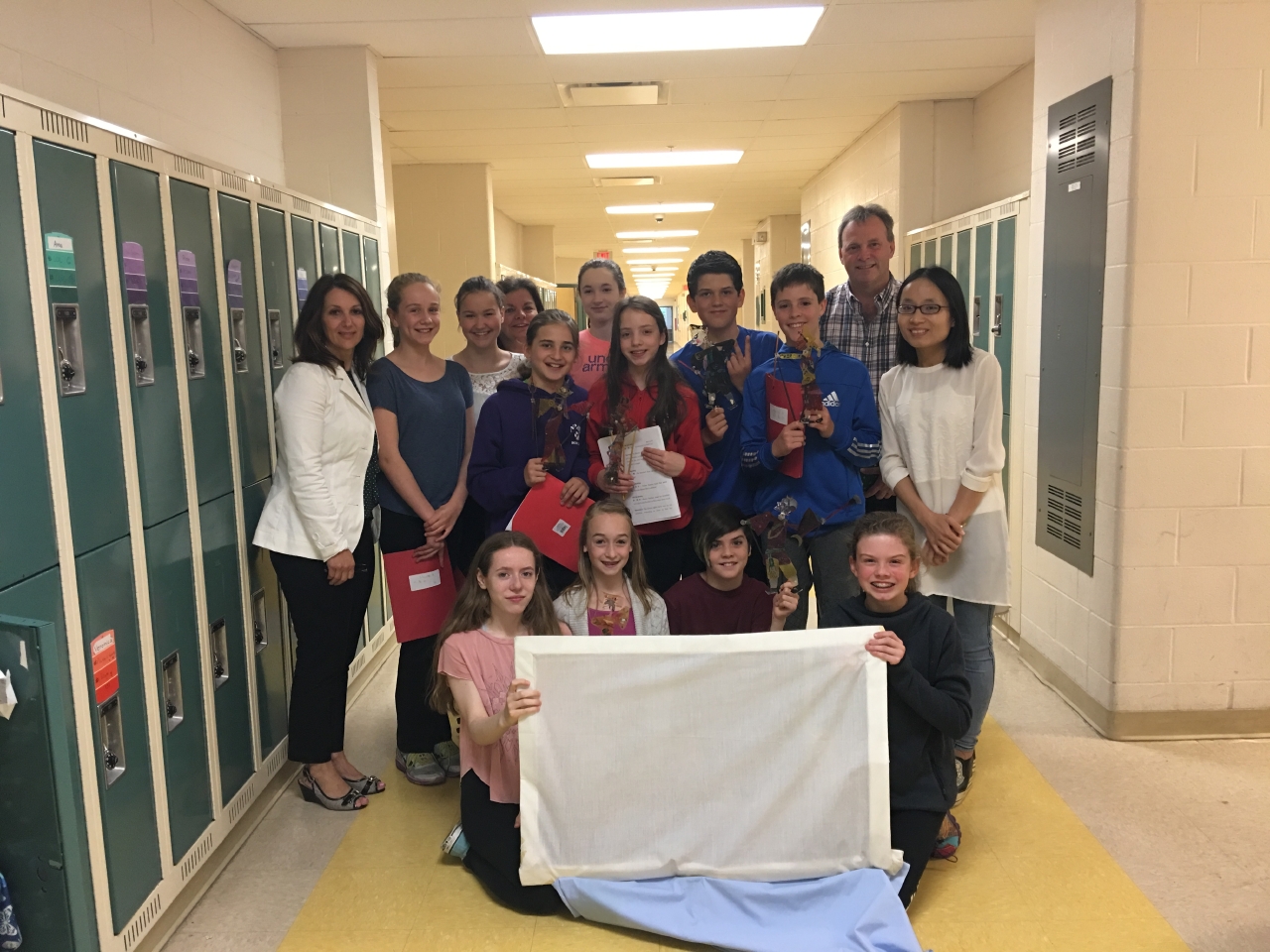 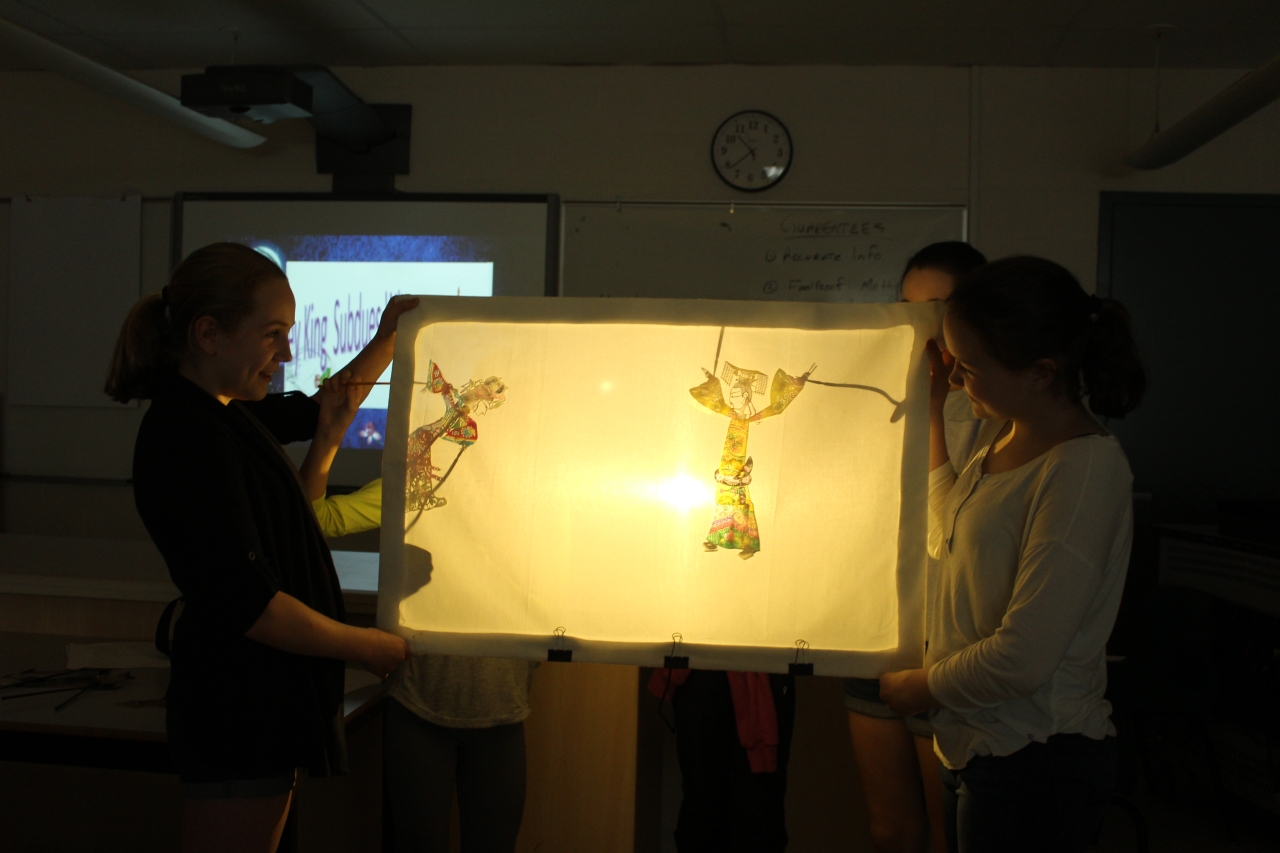 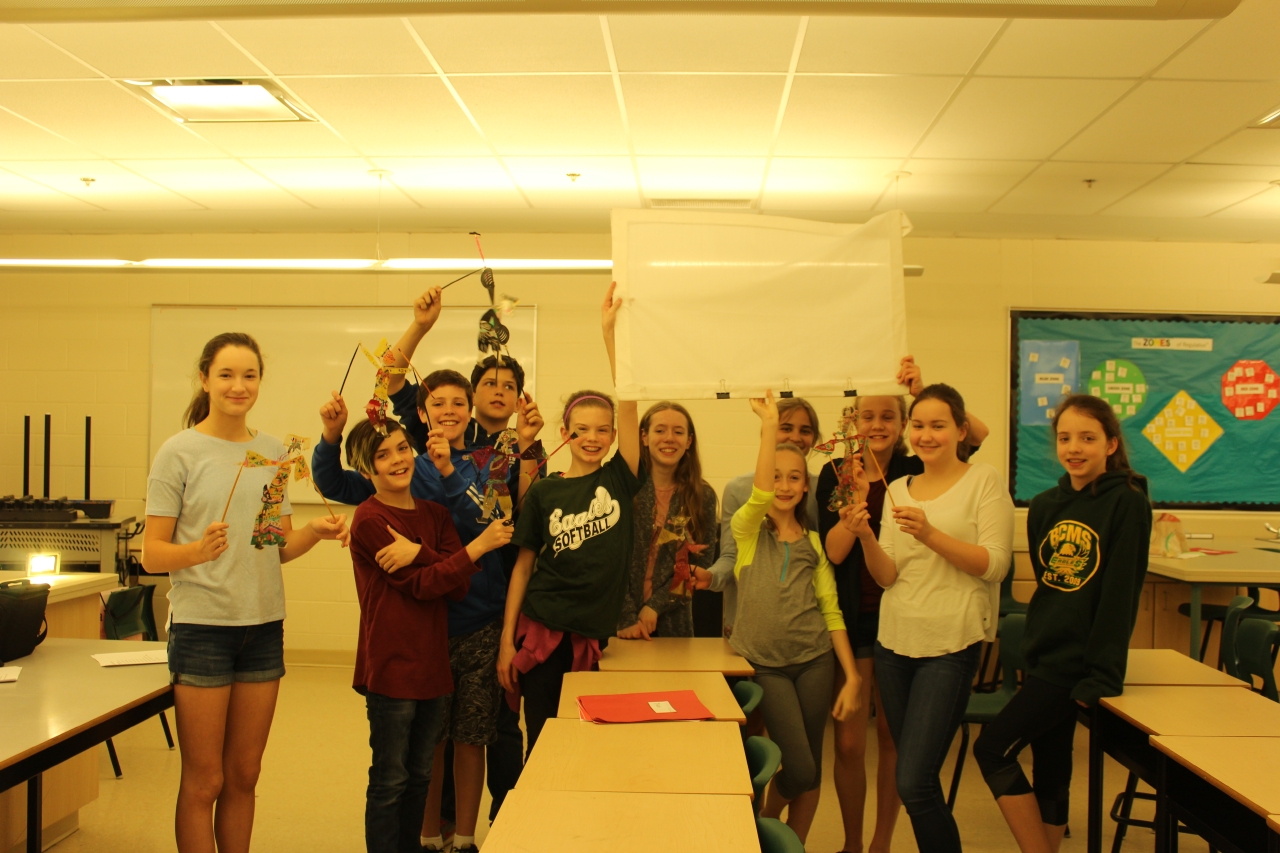 Official from bureau of education Mrs. Firlotte, BCMS principal Mr Hamilton and vice principal Mrs. Cloutier attended the presentation show and actively got involved in. Last but not the least important part of today’s event, Mrs. Firlotte and Mr Hamilton issued the recognition certificate for the students. As well, they gave a high praise to my work in the past period and expressed a desire for the continuation of the Chinese enrichment project in the next semester.

This event means the completion of all my jobs at BCMS, and after that I’ll be confronted with another challenge, three high schools in St. John. I still believe the more challenges I take, the better I’ll become!