Led by volunteer Chinese teacher Miss Mou, 24 kids from two different schools played a skit called Chinese Zodiac Story. This elaborate combination of Chinese martial arts, Chinese folk music, Chinese dance and Chinese mythologies caught the attention of all the audiences. Mrs. Jane Trainor,  who works as an art teacher in Bessbough Elementary School did all the facial make-up work for the performers. The most eye-catching figure was Dr. Su Ruini, who acted as the Jade Emperor in the skit. Having been learning Chinese for nearly 6 years, she won a warm applause for her precise mandarin pronunciation from both the Chinese and Canadian audiences. Mrs. Teng Jing delivered a short speech sending new year greeting to everyone and gave the audiences Chinese calendar as gifts.

A brand new year symbolizes new outlook. We believe that with the joint efforts from CINB and local government, a bridge which promotes the mutual understanding and corporation between Chinese and Canadians will be built. 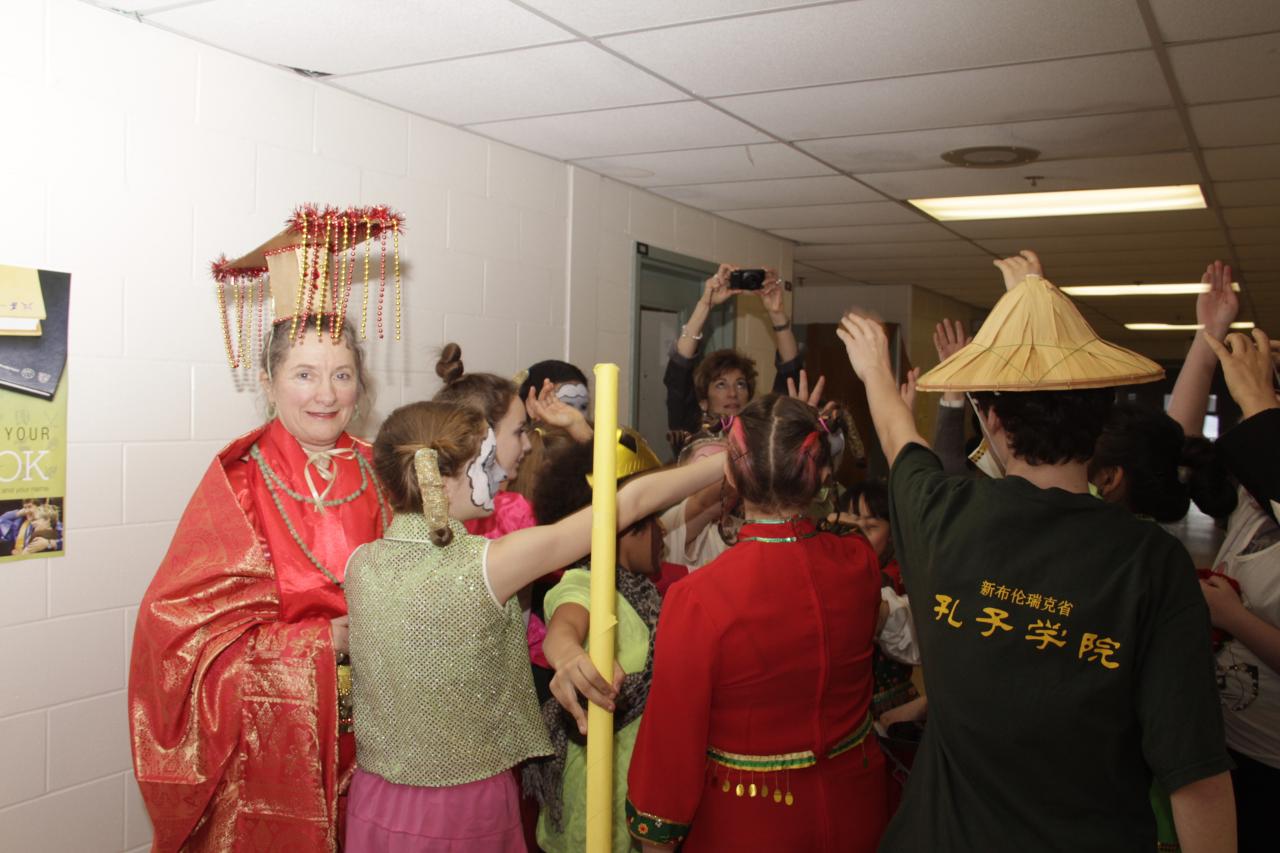 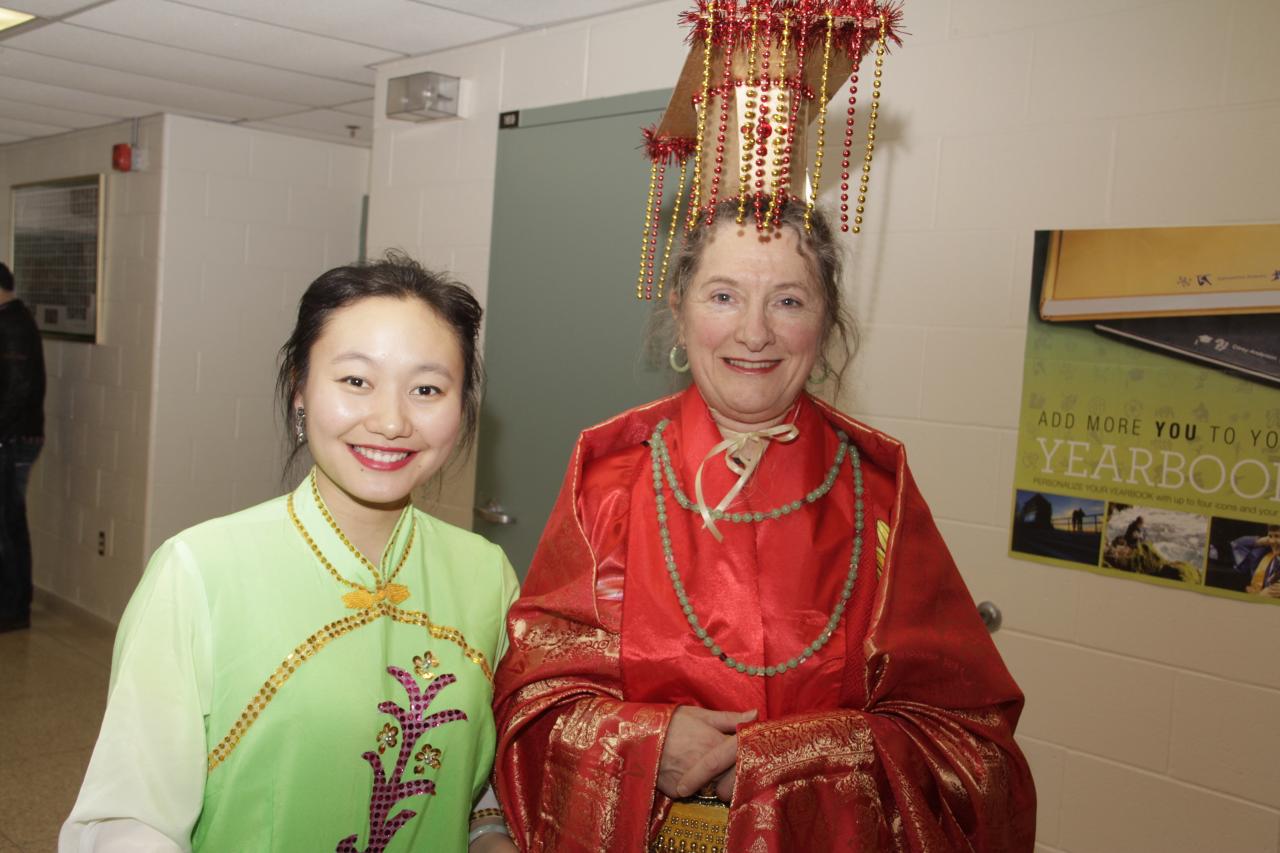 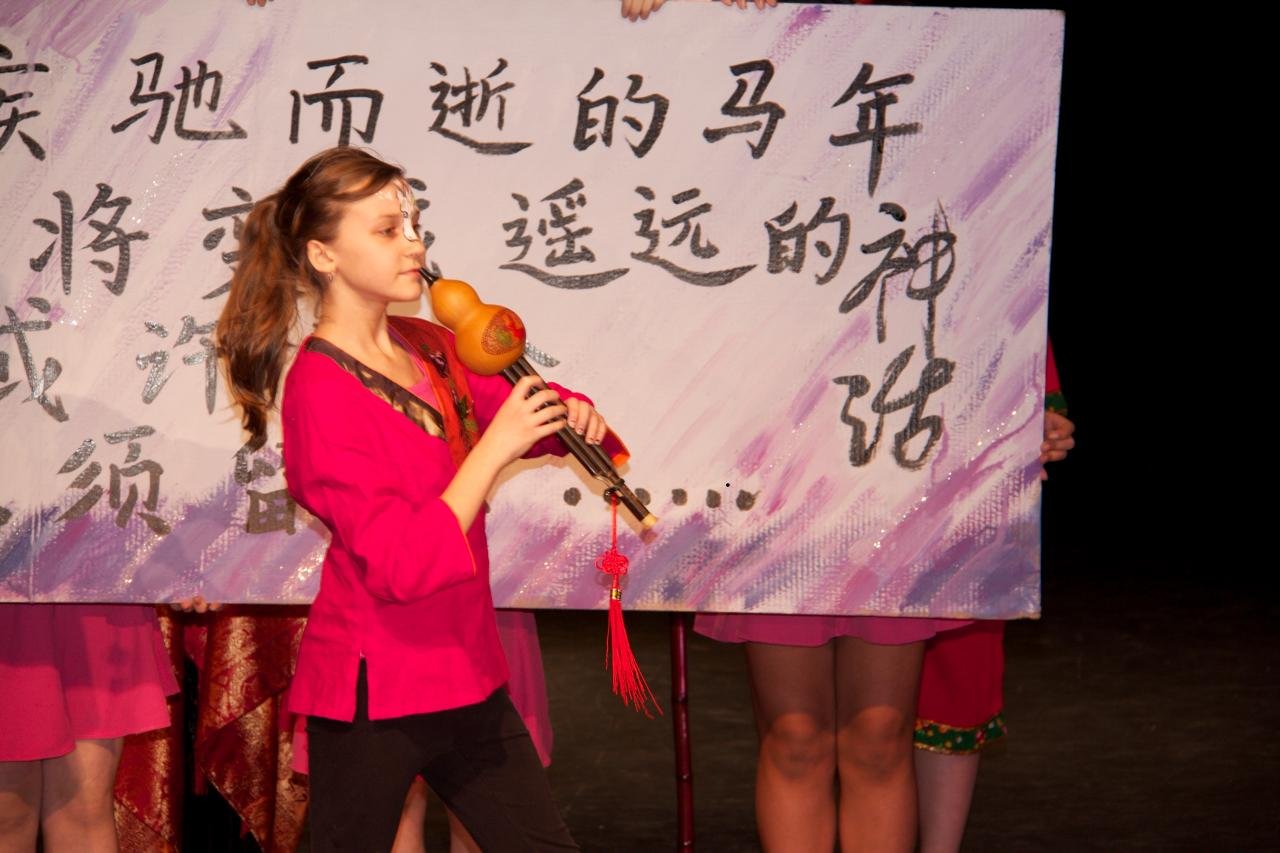