On Jan. 21st, 2015, CINB attended the 6th “Multicultural Night” of Park Street Elementary School. “Multicultural Night” is a big event for Park Street. Every year, there are many people came from different countries join the event to show their own culture. And this was the 4th time for CINB to join it. Ms. Dawn Weatherbie, Vice-president Operations of AEI, the Executive Director of CINB, Ms. Jing Teng, the Director of CINB, Mr. Fazhou Fei, the Kung fu Teacher of CINB and Ms Xi Cao, the Volunteer Chinese Teacher took part in the event.

During the event, the Chinese culture exhibition booth was full of many kinds of Chinese elements, like Chinese Panda toy, paper-cuts, Chinese chess, allegros and the “Scholar’s four jewels” , which attracted many audiences. The Provincial Governor, Jocelyne Roy-Vienneau and her husband, as well as L’hon. Stephen Horsman, the Vice-premier minister of NB also came to visit Chinese culture exhibition booth. Mr. Stephen Horsman expressed his gratitude to CINB for what CINB had done for promoting the culture exchange between China and Canada.

At last, Ms. Xi Cao, with 6 students come from Park Street School performed a Chinese national dance, and Mr. Fei professionally played Tai Ji which won a warm applause from the entire audiences. We believed that Chinese culture had left a deeper impression to the audiences through this event. 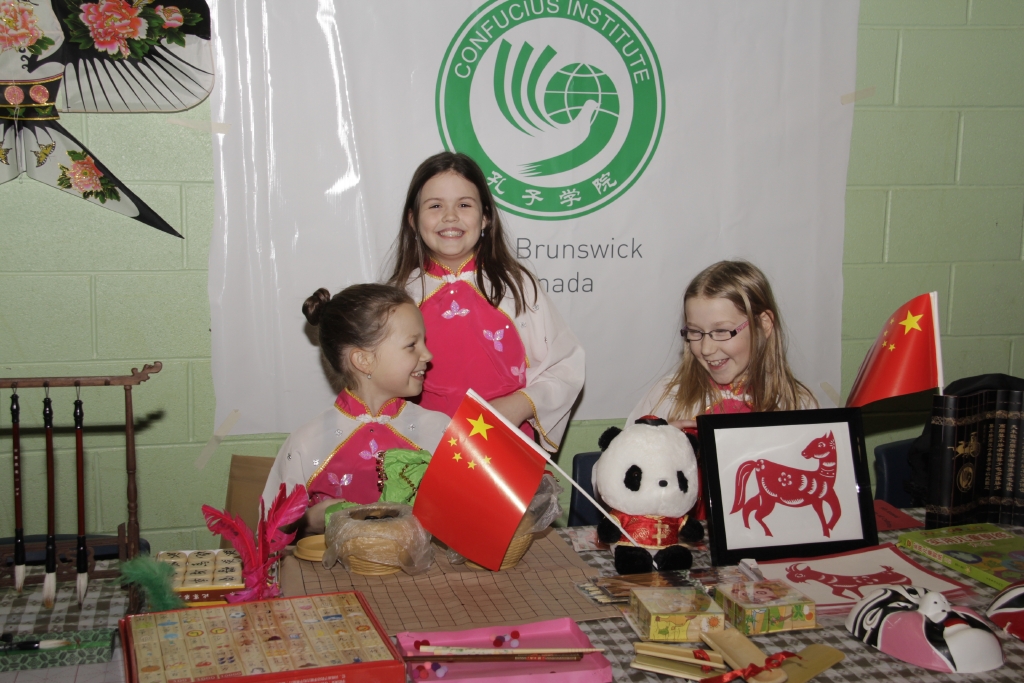 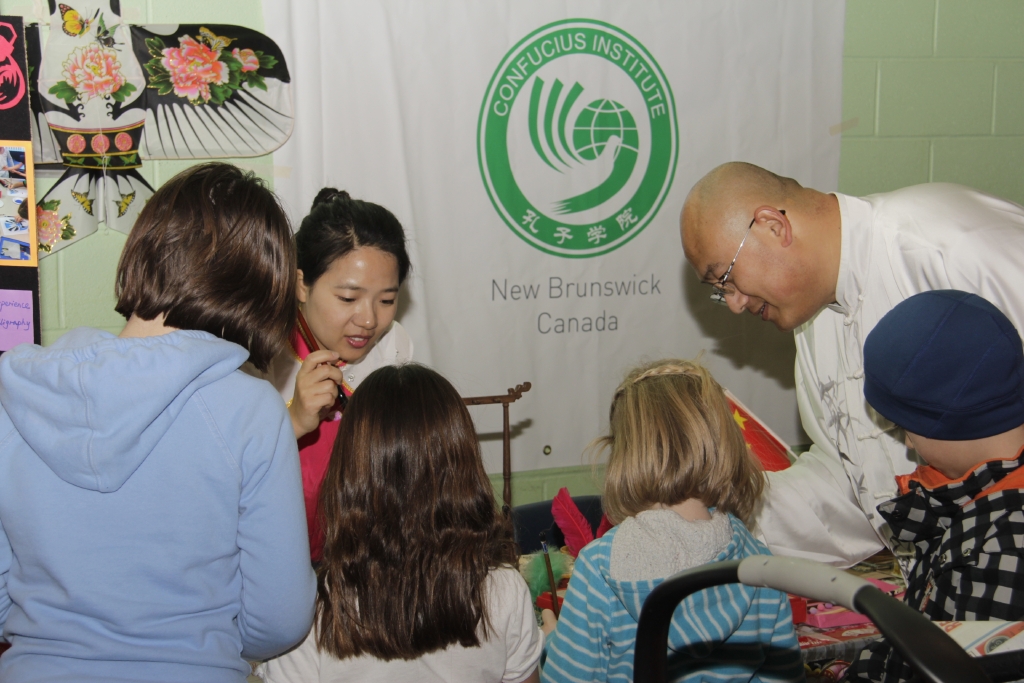 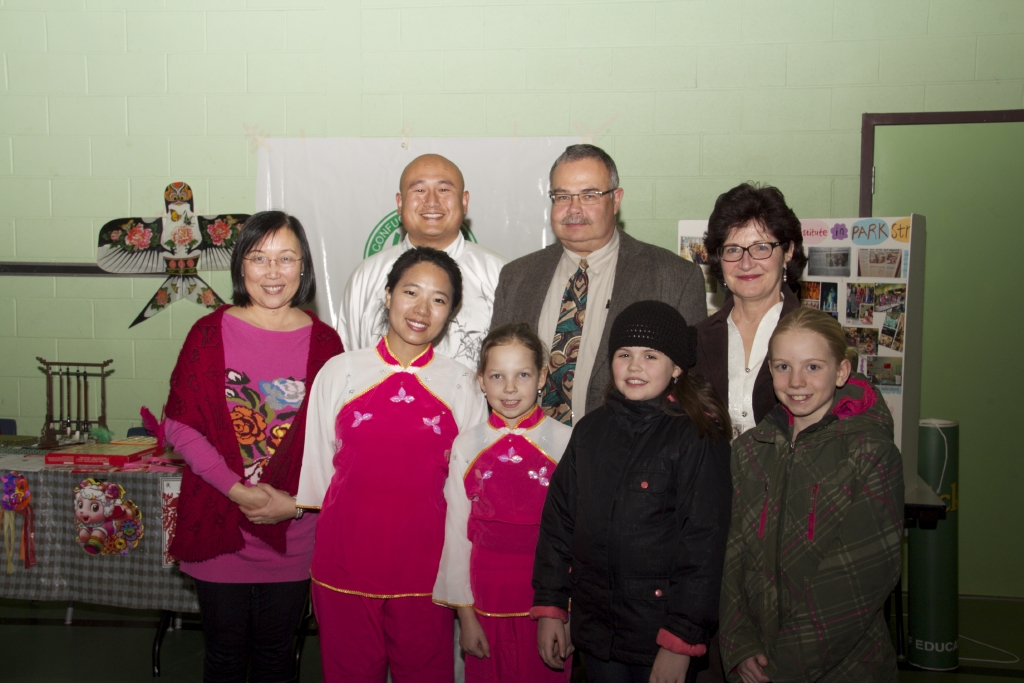